Many Americans are content to rent after witnessing the crumbling housing market in recent years. But with rents on the rise and home prices continuing to fall, a reversal is in sight. 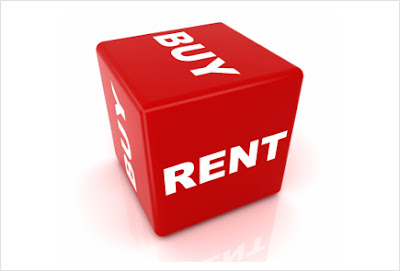 It wasn’t hard for many homeowners to bid adieu to 2010. It was the year where, in many metropolitan areas across the country, rents surged as home prices fell, leading a growing chorus of skeptics to question the so-called American Dream of homeownership.
Perhaps not surprisingly, it makes more financial sense to rent than buy today in many U.S. cities, according to the latest data from Moody’s Analytics. After declining during the depths of the latest recession, prices for rentals nationwide increased modestly by about 3% in 2010, partly driven by a record number of homeowners looking for new digs after foreclosing on their homes. In Moody’s latest list of rent ratios (which is the price of a typical home divided by the annual cost of renting that home) for 54 U.S. metropolitan areas, 39 fell into the ‘better to rent’ category — roughly the same level it’s been for the past year.
But that may finally be about to change. Moody’s chief economist Mark Zandi expects the trend to reverse this year in many major cities. This would be a positive development, as a healthy housing market typically puts renting and owning at more equal footing.
“By mid 2011 and certainly by end of 2011, buying will be superior to renting in most parts of the country,” Zandi says.
A few factors will be at play. For one, home prices are expected to fall further, with some economists expecting a 15% to 30% drop this year. This might be bad news for household finances and current homeowners fearing that their most prized asset stands to lose more in value. On the flip side, this makes homes more affordable and might finally spur more home sales, especially at a time when the rate of home construction has been the lowest since before the Second World War.
Just last week, the S&P/Case-Shiller index of property values reported a 0.8% fall in prices from October 2009 – the biggest year-over-year drop since December 2009. Eighteen of 20 cities showed a drop in prices in October. This was led by a 2.1% decrease in Atlanta, followed by a 1.8% drop in Chicago and Minneapolis. What’s more, six markets, including Atlanta, Miami, Tampa and Portland, Ore., reached their lowest levels in October since prices started to retreat.
Indeed, the housing market continues to suffer from too much supply. Though rent prices are generally expected to continue rising modestly this year, the overhang will probably help keep prices from rising too much. “Expect more declines in home prices and more rent stability,” Zandi says.
Still, the comparative costs between renting and buying will largely depend on individual market conditions. For instance, cities in Florida and Arizona, which continue to experience high foreclosure rates, falling home prices and widespread unemployment, will be areas where homeownership will likely be more affordable than renting, says Daisy Kong at Trulia, a San Francisco-based real estate data provider. Meanwhile, renting will probably continue to make more financial sense in national and regional job centers such as New York, Omaha and Seattle, she says.
And while it could become more attractive to buy than rent this year, it’s anyone’s guess how long it could take before a flurry of home sales transpires. Household finances have improved only modestly and are still quite a mess. Also, lending standards for new mortgages have tightened considerably and many economists have said a housing rebound will likely fall mercy to the unemployment rate, which is expected to improve some but still hover over 9%.
Will the American Dream return to your town?
Source: Moody’s Analytics, price-rent ratio for third quarter of 2010. As a general rule of thumb, you should often buy when the ratio is below 15 and rent when it’s above 20. If it’s between 15 and 20, lean toward renting.
Posted by Nin-Hai Tseng, writer-reporter
Search for my New home!
Posted by Dina Baxter's Blog at 6:15 AM No comments: