A nationwide survey conducted by Fannie Mae found 65% still believe the value of owning a home. However, the survey suggests that people are fairly gun shy since the housing bubble.
The survey also demonstrated that consumers are taking a more balanced approach with less risk taking. 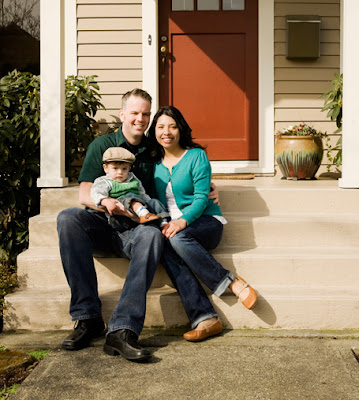 Over 40% stated safety was a primary driver when choosing a home with a third of folks indicating that schools played a big factor in their decision making.
The survey showed that 60% of folks now believe that its harder to buy a home today that it was for their parents.
However, 70% said they believe owing a home is still one of the safest investments. This is down from 83% in 2003.
The survey was conducted by telephone this winter with 3,451 Americans age 18 and older.
I’d like to know your thoughts on the survey findings? Has your outlook changed on home ownership since the housing crash? Send me your comments!
Dina
Posted by Dina Baxter's Blog at 8:07 AM No comments: